OK, what did I say – I may add some “syndication automagic stuff from there to here” … and here’s this blog, there’s the Google+ page of frogpond, administrated by a proxy G+ user named Martin Koser – who incidentally has a private G+-profile as well.

I’ve decided that it’s a good idea to share some links (and short snappy remarks) from the GReader inbox of the Google Apps user mk<at>frogpond.de into here – and channel them via Google+ (not at least because it’s easier and modern than to write an individual blog post every time). I expect this to be a faster and more efficient way to curate relevant content, but I am not sure if it’s a cool way to go … (please, tell me if it’s cool or cold ; ‘)

Now, there should be no flooding the blog with half-baked links (I guess you get enough of that from Twitter, huh?) … but some worthwhile and relevant stuff found on the web, ideally with additional comments and additional information. That’s the beauty of Daniel Treadwell’s google+blog plugin, you get the Google+ comments into the blog as well. So I will add some people again in the next 24 hours – this time from the G+ frogpond page – in addition to an earlier circling I’ve probably done with the all private account.

This bit of redundancy is the price one pays for G+ being not yet able to merge accounts – but I guess I can live with that. If all works well some interesting discussions can be sparked – happening in G+, yes – but their shine will be reflected and collected in here as well.

(syndicated G+ posts get tagged with via_googleplus, so it’s easy to spot them. And there’s always a link to the Google+ source, too)

Even when the press room at the Dolphin is getting emptier now there’s been a lot of blogging action going on during Lotusphere. I feel the need to collect some of the best parts in here. Partly this is for me so that I can find the interesting posts easily later on (yes, one could use the blogsearch thing), but I assume that others will find this useful as well. Worthwhile blogging takes time and is also quite an effort, but then blog posts they stay longer than the gazillion tweets that we’ve had in the past days. So let’s get some limelight and drum-banging. 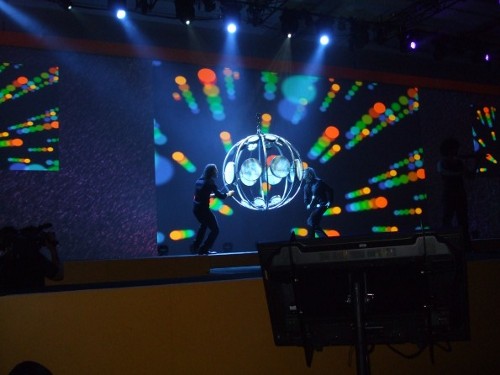 Some of the prolific bloggers I had the pleasure to (re-)meet are Bill Ives from Portals and KM, Falk Hedemann from german magazine t3n (german blogging hence, interesting report on the RIM PlayBook), Luis Benitez and my irregular friends from the enterprise 2.0 sphere (Luis Suarez, Susan Scrupski, Bertrand Duperrin, Rawn Shah, Larry Hawes, Vinnie Mirchandani …) and other spheres (James aka Monkchips to start, I am curious to see what he’s writing, always insightful commenter on Twitter he is, plus the always knowledgeable Alex Williams from ReadWriteWeb Enterprise too – how can one person do such good live-blogging?).

I haven’t met Turbotodd so far (and it’s getting late, yes) but one can’t have everything, no?  But I have shook hands with Scott Treggiari, who’s the last press/analyst/blogger with me in the press room on Wednesday evening. More to meet at tonight’s party – an appointment with Harry Potter it is.

ps. I will update this blog post with links to the posts as they come in (and I come around reading them, tomorrows a time of travel.

In the spirit of sharing and to get into the mood for the big knowledge-work-and-workflow post (later, later)  I thought it’s probaly cool to jot down some of the things I learned and hacked last week. Obviously these weren’t day-time-things but night-time-instead-of-watching-television projects. Let’s see:

– got a new Arduino Uno board and resurfaced soldering iron, LEDs, transistors, capacitors and a lot more hardware. You know I’m an electrical engineer by training (this gets lost sometimes by the added shields of business administration fluff etm.) Big fun and I’m seeing a robotics project coming up.
– designed and set-up a Contao Website. Contao, formerly known as TypoLight is a light-weight PHP/MySql/Apache OpenSource content management system and a likely addition to my toolbox, probably replacing systems like , and , yes.  My Drupal hacks and OpenAtrium prototypes are safe, don’t worry.
– set up two home servers on the Dockstar platform, running Debian Squeeze and  providing printing and NFS services to my local network. DynDNS is set up for the first machine (sic!) named zwergle, the other one gnomle will stay behind the firewall. These names are only part-joking, given that the machines are booting from USB sticks and consuming less than 5 Watt.
– downloaded tons of scientific papers during the last days of the SAGE free journals program – honestly I don’t know when to skim them. It’s probably an idea to make some sort of blogging project out of it?