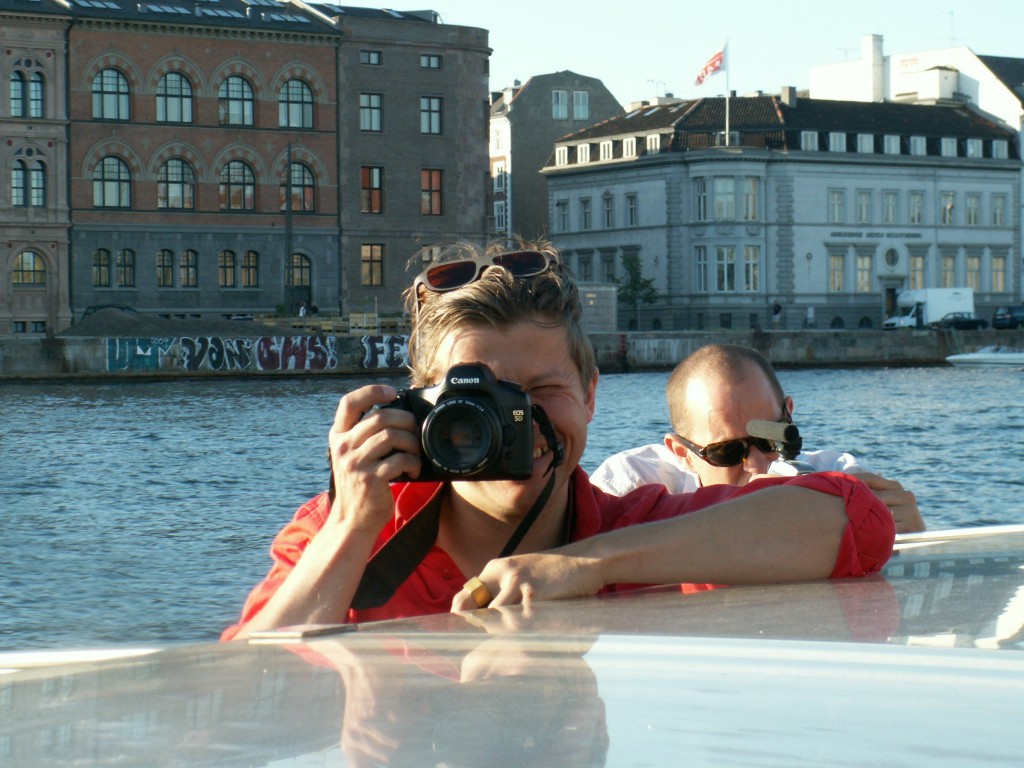 I am back from reboot 11, after basically two action-packed days on Thursday and Friday, and more socializing on the following weekend. Turned out to be a good idea to prolong the Copenhagen stay, not only was the weather very fine but got to meet some cool people too. And it sure helps the post-event wind down – happening when you have to retreat from the special reboot athmosphere into something more regular.

So I want to collect some takeaways based on me attending selected sessions (I was at nearly all of the keynotes) – yes, you only get a limited view of what was happening, but with sometimes five or six talks in parallel, and more longer-lasting side-projects running all of reboot time this is just the way it is. And of course it only is a part of my braindump mindmap …

My highlights included talks by (in no specific order) Matt Webb (check out his presentation), Lee Bryant and Bruce Sterling. That said, Bruce Sterling’s closing note was grappling, but some were supposing he’s making fun. I will leave that to your judgement, check out the video with him explaing his talk in short words:

Overall I learned a lot, not alone in the sessions but also in the many informal conversations happening around the conference. And while I am not feeling that much rebooted it inspired me to tackle some things anew, to refurbish some stalled mental investments and encouraged me to think about changing and tuning some of my approaches by giving me hints and inspiration (like “What does it mean to be an expert in social media?”, “How do I want to proceed with partnering, i.e. consulting in teams?” and more). Moreover, I decided to put more energy in my blogging once more, that is stepping up the frequency, together with being more flexible as to the ways it’s employed.

This was influenced in a way by Stowe‘s talk at reboot, which reminded me how lucky we are when we’ve got our own, self-designed venues to publish to the web. And while Twitter is cool (I think it’s way cooler than Facebook for that part), Friendfeed is great at managing (work)-lifestreams and other tools have their merits as well, blogging, that is putting up stuff with a permalink and means to comment, is still the difference between living a life of self-direction or dwelling in digital favelas. And I can still push all of what I want into the other feeds …

Like last year I am going to the International Forum on Enterprise 2.0 – this year it’s Milano. And like last year I am looking forward to meeting some people face-to-face for the first timeon Wednesday. Well, one of them is Ross Mayfield of Socialtext (did you know that it was in Socialtext’s Palo Alto offices that the very first WikiWednesday happened?), the other one is George Siemens, e-learning thought leader and knowledge management guy.

Emanuele’s got a nice agenda set-up, I hope that we’ll see lively discussions and can learn from the companies willing to share their enterprise 2.0 experiences. Even when we know that it’s the networking in the coffee breaks (I learned a bit about caffé you know …) what makes conferences worthwhile …

Why is Google Wave important? Well, the toys of today are the tools of tomorrow, a compelling keynote for a developer conference is cool and all, but there’s more on the upside:

– A wave is equal parts conversation and document. People can communicate and work together with richly formatted text, photos, videos, maps, and more.
– A wave is shared. Any participant can reply anywhere in the message, edit the content and add participants at any point in the process. Then playback lets anyone rewind the wave to see who said what and when.
– A wave is live. With live transmission as you type, participants on a wave can have faster conversations, see edits and interact with extensions in real-time.

And as we’re moving onto more real-timeness and collaboration already (think Friendfeed lifestreams, real social bookmarking and annotation, social news and more), this is much more than another Google service:

At last, one more thing, something that explains why Google is such a remarkable company – it’s the story behind Wave. Starting from the question “Could a single communications model span all or most of the systems in use on the web today, in one smooth continuum? How simple could we make it?” they have achieved a lot. And Google’s introductory blog post has the innovation story, ie. why it must have been Google to say yes to this idea and on the early days of Wave (more on Google innovation culture, ie. a company whose unique culture shows through in small ways):

When Lars Rasmussen first floated the idea, Google co-founder Sergey Brin wasn’t impressed. “He came to me and he said ‘This may sound kinda crazy, but we’re going to reinvent communication and we just need a bunch of engineers to go of to Australia for a while and we’ll get back to you after a couple of years,'” Brin remembers. “It was not a very compelling proposal.”

And yes, you can sign up for Google Wave updates

Hmmm, preview of the real next Google, leaving email as we know it in the dust of time. Rather long presentation of Google Wave. This is ambitious, and technically impressive. And to explain what it may turn out to be – when my friend Daniel Hartmann alerted me to Google Wave and the other outcoming of Google-I/O-Conference, we were discussing the implications in a longish Skype Chat – in the future we’ll dig into a wave, collaborating with others, adding links and snippets to the conversation, overall collaborating seamlessly with an hybrid that integrates E-Mail, Chat, Instant Messaging, File-Sharing, Task- and Project-Management and whoknowswhat (collaborative editing functionality will be everywhere of course, “wiki as a verb” wins big time).