Yes, it’s the first Lotusphere for me, and I am among about 5000 people attending the opening session – but I am sitting in the front rows in the press, analysts and bloggers area (more on how IBM sees, deals and supports us in a later post, btw – this post started with big aspirations but I need to catch my scheduled appointments, no pause till 5 pm for press et al.).

Lotusphere 2010 starts pretty bombastic with music, lights and a general feeling of excitement. Then it’s Lotus general manager Bob Picciano on stage with a first announcement – Lotus helps Haiti and everyone is able to help right here.

And then it’s the special guest, introduced as someone who knows about the future and about success. Coming up is William Shatner, hero of my youth, speaking about how making movies is a collaborative effort and starting off with explaining how many many people are working on a film. Right on spot, he’s talking about Avatar and its 15 years of making from idea to the theatre, finding the funding, support and the people who believe in the idea. James Cameron managed all this (again, not alone, I was seeing footage of the Golden Globes yesterday evening after the welcome party, Cameron’s thank you speech was very long and mentioned a lot of people).

Then it’s regular Lotus time again with Bob explaining how the crisis is a transformative opportunity, and that IBM hasn’t stopped investing in research, people & technology – and in an ecosystem of business partners. LotusLive is the cited example, after its introduction a lot of partners got added. These references show how to do it, advancing the field of intra- and inter-company collaboration (let’s call this Enterprise 2.0 if we need a mental shortcut …) and they’re doing it for reasonable reasons: Beating the competition.

IBM knows its part in beating, dashboard competitors get slashed (Bob Picciano says they miss out on the collaboration side, on open standards, and on delivering on promises) while Lotus had many things right for a long time and it fits into the smarter world campaign – environment, banking, cities, governement, work, yes thanks.

Then it’s his successor Alistair Rennie who invites Lotus customers and partners to stage, starting with David Yach of RIM. One takeaway is that Notes is focussing on more than just providing a better mail, it’s about to act on information, it’s about agility and time to market, about how collaboration drives employee engagement – and mobility is helping in all of this. RIM & IBM inked a deal to ease IT admin worries, ease global deployment et al.

Sylvia Steinmann of Zurich Insurance was next, one company that made the decision to stick with Lotus Notes for good reasons. They are moving from 6.5 to 8.5.1 and using Notes as the “first thing people log onto the morning”, and the single access point helped in adoption. Obviously IBM helped a lot in integrating (a complex product, yes – still customers aren’t interested in coping with IBM’s structural complexities, but a solution was found …). She said clearly that Zurich wouldn’t accept a bunch of non-integrated „solutions“ and „out of the box“ fast firing – well, demanding customers are a good thing to have …

– Panasonic – LotusLive will provide email to 380.000 employees worldwide
– Continental – Lotus helped in integrating the VDO people from Exchange to  Lotus in short time (necessary, this autiomotive systems supplier needs to act on short time in his demanding marketspace)
– General Motors – enterprise mobility matters a lot to them, equipped their salesforce with mobile solutions, Lotus is an enabler to them, they bet on “desktop virtualization”

Then it was demo time with Jeff Schick & Bob Cavanaugh, for all those people who love tech (yes) but who also need an understanding of where it fits into business processes and where the business cases are (yes, again).

A lot of demoing, announcements and plans, like e.g. a Lotus Notes Traveler app for Android, an encrypted email app for iPhone, companies like Gist who will provide a Notes plugin to integrate news(feeds?) from external social networks.

Also a lot of information about cloud-based service delivery and the underlying rationale, ie. deploying easily, cost-effectively, and learning about what works from the feedback (did anyone say perpetual beta, I think no but this is what it is). Later on a partner panel, blogged live by the Lotusgeek again. And then it’s over and we’re on to press briefings (food for more posts, sure, stand by …)

OK, one more thing before I rush to the airport. You know, I’ve said it’s about the networking when going to conferences – both on site and virtually.

For the latter documenting and live-blogging & -tweeting an event is essential as it gives the people who are remote a chance to participate in the event. Here, an etiquette needs to be followed when live tweeting (avoid noisy keyboards, add suitable and clever hashtags, keep the signal-noise-ratio sensible while still filling the back-channel with (first hand) information and valuable front-line impressions, don’t tweet behind the back of the presenters).

Overall the rule seems to be – don’t waste the time of your audience. Keep it short, that’s why it’s over and out for now.

OK, it’s only a few hours till I am leaving for Lotusphere 2010 – I packed some Lotus podcasts on my Sansa, ran through Andy’s excellent guide, checked the Lotusphere 2010 Blog’s session overview again, then bookmarked the online directory at ontimesuite on my Android phone, earmarked the sessions I want to participate in, added more people to my #ls10 twitter list (there will be more additions over the next days), thought a second about Smarter Work, then jumpstarted again into some pre-conference news and posts, told some poor souls who must stay in cold Germany about the Webcasts the german Lotus team will do, and promised to bring back insights (and a tan).

Speaking of tans insights – making this trip to Orlando is cool if you’re coming from an icy frogpond city, even cooler is it to meet people like Luis and Luis and …

Luis compiled another post on how to get the most out of Lotusphere (virtually) – where I earmarked again some sites like the Posterous web site, the Slideshare space for presentations, Planet Lotus and more – hmm, it seems Lotus Knows how to spread the word.

Sounds like flattery? Isn’t meant to be, transparency & disclaimers as usual apply – I was invited to Lotusphere by IBM Germany, knowing that I’m a blogger and would probably write about it, no further arrangements have been made, I am writing my honest opinions anyway, yes, IBM Germany has employed me at times for consulting assignments is a valued customer and I know and like people working there.

Don’t make we write that whole sentence under each of my posts or tweets, will you?

Hehe, even the regular Kenny gag got included – plus a ton of pop cultural cross references (Geekapolooza, “we’ll deal with it Picciano-style”, and look out who’s driving the Lotus Knows Bus in the last scene – ROFL).

Via Thorsten Zörner – honestly, we will miss you at #ls10. 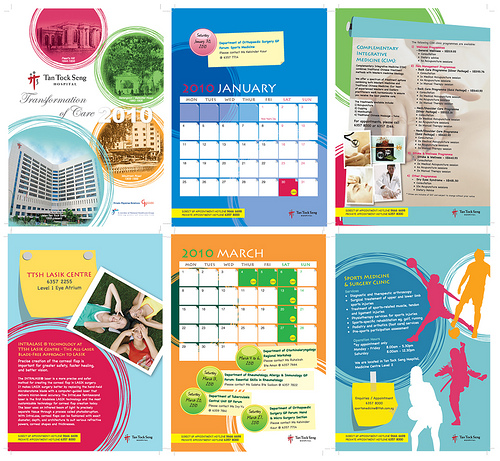 Yes, the social web continues to change this consultant’s and analyst’s work – it’s changing the ways we think, interact and work. Yikes, one could say that the plethora of networked information and virtual network opportunities should be enough for everybody, but I don’t care for information overload fears and shivers.

Thus information-(over)loaded conferences are fine for me (that is if they provide some inspiration, they’re always wonderful and productive interruptions …), but besides these and some other reasons of going there as a freelancer, it’s basically about the opportunity for meeting old friends and real networking. They are chances to have the real personal conversations that deepen networks. And that’s why here’s my preliminary schedule for 2010:

First and right around the corner is Lotussphere, next week in Orlando. I am basically sitting on packed suitcases, but the whole event has it’s own tag here already and will trigger a lot of posting for sure. More coming up later on …

Did I say real conversations need face-to-face contact? I need to reframe this, otherwise my participation in the Virtual Enterprise 2.0 Conference on February 2, 2010 won’t fit, huh? I expect this to be equally good as my virtual participation in last year’s E2Conf in San Francisco (much of it is buried inside tweets and bookmarks, alas).

Now, it’s so much easier to participate in such an event than actually getting there, that’s why I am hesitating to register for Lift Austria in March. But the topic “Enable!” is as tempting as Vienna in spring …

Mechanistic models and a deterministic worldview may have worked well for the last centuries, but are not apt for the upcoming challenges we are facing today. Rather, we need completely different concepts and attitudes, accepting that the underlying processes escape our control and are unpredictable. It seems that the concept of “Enabling” is the key to this shift of thinking. Enabling is the art of carefully configuring adequate levers (physical space, networks, resources, etc.) that best support specific innovation processes, such as idea generation, prototyping, market entry, etc.

OK, then, on with already booked events – starting with re:publica April 14-16 in Berlin – Germany’s blog, social media and digital society main event. Then CeBIT & WikiCAMP in March, the german LinuxTag 2010 in Berlin (will see if I can make it there, June 9-12) – because it may collide with my travel plans for the 2010 E2Conf in Boston, June 14-17. Later this year I will try to return to Copenhagen for another reboot …

Add to this several BarCamps – including the Barcamp Nürnberg (February), Barcamp Furtwangen (May), BarCamp Bodensee (June) and possibly BarCamp Ruhr too (may collide with Lift Austria, sigh).

Oh, and right – I need to get some work done in between as well 😉